By: xdub4 On: Nov 20, 2020 Categories: Propane Canada Magazine No Comments

We love technology that helps improve the bottom line, save time, reduce safety incidents, increase sales, and bring tangible benefits to the propane industry. As such, it is always interesting to see the newest and latest products that have a track record for greatly helping companies. With that in mind, consider… what is one of the fastest ways to significantly reduce costs in the propane industry? What one technology has the potential to have the biggest impact for waste elimination, efficiency improvement, and the ability to reduce customer churn rate?

Many propane leaders I speak with agree that after the entry of computers into the offices of propane companies 25 years ago, one particular tool is going to have the biggest impact on our industry.

Imagine a technology that could cut the total need for propane bobtails in half, thereby eliminating maintenance, fuel, and payroll costs substantially. At $150,000 per bobtail, if a company could eliminate the need to purchase three bobtails, along with three drivers’ payroll costs, they would save over $600,000 in one year, which is a substantial cost reduction for the average single office propane company. The ensuing cutbacks in payroll and vehicle fuel/maintenance costs would bring the total three-year savings up to around one million dollars.

Most industry insiders have been waiting for and hoping for the day when the cost benefit analysis would make this technology a convincing and easy choice.  I believe that this time may have finally arrived.

Many of us have been tinkering with tank monitoring solutions for over a decade. A number of them have been implemented at locations that had sporadic and unpredictable usage which often led to one of the banes of our industry – a “run out” which often leads to a customer loss or an off-route delivery resulting in costs that outweigh the profits. To prevent that, I’ve seen dozens of managers send bobtails to important but unpredictable users as many as 52 times more often than was necessary in a year.  While in most cases we may not be able to reduce more than one or two deliveries per year per customer, one cannot diminish the cost reduction opportunity, hence profit improvement, by reducing overall deliveries by 30% to 60%.

Now that there are literally a dozen or so tank monitoring companies, it is becoming evident that some work better than others, and some do more than others. Therefore, in an attempt to gain clarity into the features, capabilities, and pitfalls of today’s monitors, we decided to check out one that has been around longer and, hence, has been able to more fully develop the feature set that is needed in our industry.

Having used, tested, and worked with companies across the country who have been long-term users of tank monitors, one that has been recommended again and again is the Sky Tracker system. The question of why helps shine light on the industry and how tank monitors have progressed and advanced over the years.

Have you ever heard someone say to never buy the first year of a new model truck? I remember when some of my offices had to purchase some 2008 bobtails with the new reburn systems in them, and those poor managers had brand new trucks that were in the shop more than they were on the road.  The same can be said for tank monitors; the newer companies have a long road to try and catch up with the industry leaders who have been doing this for a generation or more.

The tank monitoring companies who have been around longer will more likely work with your back office system (bug free), will do a lot more (such as offer new features like the ability to do consumption billing – a game changer in many markets), will offer the information that a real propane company needs, and will do it in a simple and useable manner. The simple fact is this:  the monitoring companies who have been around longer have received years and years of input and consulting from the industry.  Again, the Sky Tracker system is a stand-out, as it not only has been around longer, but unlike any other system, it was

built by a large group of propane industry insiders who personally owned many propane companies. So, from day one, it was built   by  the industry for the industry, while many systems out there today were built by engineers or software people who are foreigners to the propane industry and its actual needs. ​

How many times has their system been re-engineered?  My son and I recently went to an automobile museum in Hershey, PA, where you can see the earliest versions of cars and quickly realize how amazing the vehicles are that we drive today. In the museum, you can see side-by-side examples of how re-engineering and years of innovating make products significantly better. After seeing our industry’s tank monitors, when you do a side-by-side comparison, you can see that the top products are those who have been around the longest; they do a great deal more and are much more reliable. Once again, the Sky Tracker is a clear winner in this category.

The next challenge is getting the monitor to work in your different applications and terrains. As it turns out, some tank monitors only work in very flat areas where you can set up a wide area network – not good if you have a landscape full of hills and valleys. Others only work on cellular – again, not good for half of our customer base that may not be in an area with cellular coverage. The same is true with wi-fi only solutions. It is a rare company that has been around long enough to come up with solutions that will work in every environment, so you only need one monitor type to blanket your entire market… again, a win for Sky Tracker.

Tank monitors also tie in our customers to us in a way that helps eliminate churn. The fact that tank monitors eliminate run outs is well known and, yes, this is the first way customer churn is reduced. The next is that some monitoring companies have user portals or ways to allow the end user to see and monitor their usage, thereby giving them the feeling of control and security which ties the propane user in to his propane provider.

The more mature tank monitoring companies have additional features that will make a distinct difference for a company. Some of my favorites are the ability for the monitor itself to track local temperatures, track and determine degree days of the user, and provide alerts and warnings regarding excessive usage or overfilling. It can even track the precise location of the tank. These features will allow for greater safety and increased data that will help propane companies better serve their customers and potentially charge for the service as well.

Times are rapidly changing for the propane industry. The days of merely providing a tank, regulator, and piping are coming to a close. Take the home thermostat for instance; according to the HVAC industry, they are seeing record numbers of replacements to higher cost smartphone-controlled thermostats that allow the users more information and remote temperature control, thereby allowing HVAC companies to stay in closer touch with their customers via push notifications and allowing for upsell opportunities and increased revenues. The remote tank monitor like Sky Tracker is the kind of feature that every tank is going to need to help propane companies compete in the near future, as it too provides the end user with more information, more control, less fear of running out of fuel, and more convenience, as they can check its level from afar.
​
If you have searched in the past or will be searching in the future, the new and improved Sky Tracker is a terrific option that should be at the top of your list for ways to improve your business in 2019.
Download Brochure 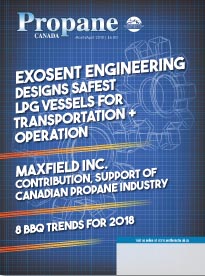 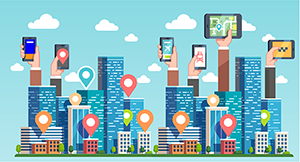 There is a Tsunami brewing in the form of the “electrify everything” movement.... 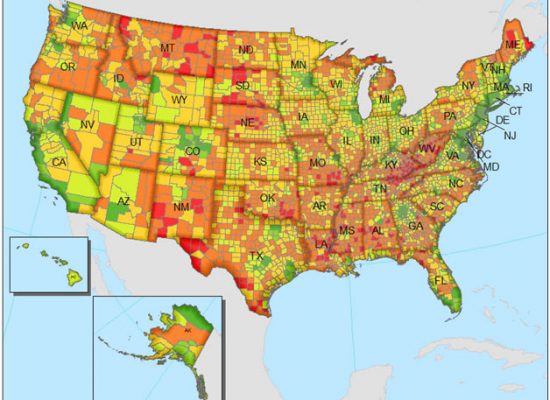 What would you do with a mailing list of all propane users in your marketplace including...
← Low Tech Profit Booster
Newest Google Changes… ​A Double Edged Sword for Propane Marketers →

No comments to show.